Lots of exciting things happening at FirstRain lately! With a mixture of some great new customers, fun company events, new FirstRain faces, giving the office a fresh, new look, and a big award announcement— June has been busy and we’re only eight days into the month!

First, we announced this week that FirstRain is a finalist for the 2012 American Business Awards in the new product or service of the year, business-to-business products category. As a finalist, FirstRain will either be the Gold, Silver or Bronze Stevie Award winner in the program. The ABA will present the awards at two award ceremonies, the ABA traditional banquet on June 18th in New York, and a new tech awards event on Monday, September 17th in San Francisco. A fantastic honor for us.

Last week, the FirstRain team held one of our traditional potluck lunches. Jordy brought in a special French dessert, baked by his mother, who is in town visiting from France. Our special guest was Eugene’s new 1 month old daughter. Our potluck lunch turned into a baby shower, welcoming her to the FirstRain team— our youngest and smallest team member yet! 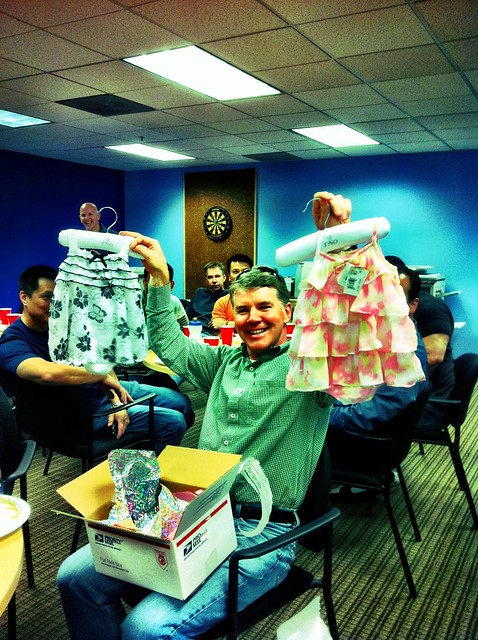 Along with Eugene’s beautiful new daughter, we are excited to welcome two new additions to FirstRain this summer, Patrick and Sebastian. Patrick is a student at San Jose State and is working with Eugene and Connie in our accounting department. Sebastian (who worked at FirstRain last summer) will be assisting Ryan and the marketing team this summer, before starting college at NYU this Fall. We’re thrilled to have them.

Last night, some of the FirstRain team participated in the annual Splash and Dash race at Stevens Creek Reservoir in Cupertino, CA. We had 9 rainmakers competing in the race, Doug and Aaron finished first for the relay teams, but everyone did a great job and all finished the race strong. Afterwards, everyone went back to Penny’s house for a barbeque. We will partake in the event again in August, when our east coast team is in town to join in on the fun. 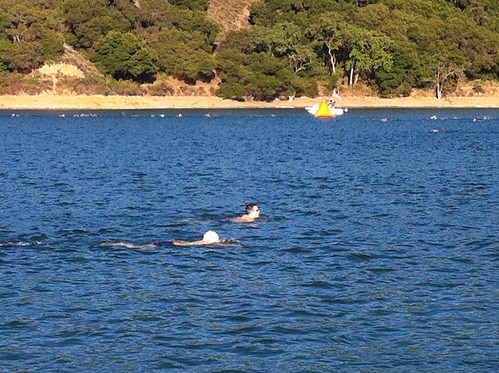 Looks like another FirstRain summer is definitely off to a fun and full-forced start!