Google Just Took the Alien onto Their Ship | FirstRain

Yesterday’s news about Google buying Motorola Mobility has set the twittersphere on fire – and generated humor at the same time. Case in point this morning’s tweet from nikcub “If you are a motorola employee and do not want to lose your job, I suggest you show up to work dressed as a patent”

This tweet speaks to the core question about what Google’s acquisition really means. Google paid a 60% premium for a hardware business, purportedly to get access to their patent portfolio. Anyone who lives in the IP licensing and litigation world (as I do as a board member of Rambus), especially in the US software patent world (as I do as CEO of FirstRain) knows that the US patent system is pretty badly broken and it is very hard and extremely expensive to defend and protect your inventions from the idea thieves.

Google was feeling extreme IP licensing pressure from Apple – even going so far as to accuse Apple and Microsoft of a “hostile, organized campaign” against Android – and buying up their own defensive patents was the only way to go. They are just too young a company, and too newly into the mobile phone world to build up enough of an arsenal to defend themselves in court – and Motorola Mobility has 17,000 patents.

Google may simply not have had any other choice than to buy the patent portfolio to fight with – and so they brought the alien onto their ship.

Larry Page has stated that Android will stay open and free, and the cell phone companies, for now, are supporting Google’s move, but for how long? How long until Google realizes that to get a return on their $12.5B (which is a big purchase even for Google) they need to develop a deep integration of OS and phone to compete with Apple and Microsoft? How long until Larry’s promise that “Together, we will create amazing user experiences that supercharge the entire Android ecosystem for the benefit of consumers, partners and developers” leads to a move to give Google a product advantage over HTC and Samsung, causing them to develop their own operating systems as Samsung is now doing with Bada?

Remember Google’s snafu with the Nexus phone, when they demonstrated very publicly how little they understood the business of selling hardware products (especially to consumers). While I am sure the Google management team has thought about all the possible outcomes I wonder if arrogance and the lack of hardware DNA will lead them into the world of unforseen consequences?

How long will it be until Google either a) creates a proprietary version of Android for their own phones – while protesting vociferously that they will take care of their Android partners or b) shut down the phone business, ending thousands of engineering and production jobs while creating more work for IP litigators? (and those jobs were going to be on the chopping block anyway with the decline of Motorola’s market share).

Like the crew of the Nostromo who allowed their crewmate Kane back onto their ship to save him from the alien attached to his face, only to find it killed all the crew except Ripley, who then blew up the ship, has Google taken on an alien business that can eat into it’s market position and profitability. Will they, in the end, chose option (b) and blast it out of their ship? 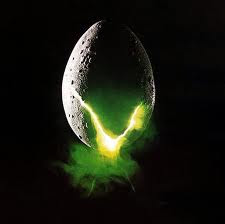