Long meetings can progressively sap energy and create altered states of being. Yes they can.

We went offsite as a management team for 2 days this weekend to talk through our strategy and 2012 planning. 11 of us in 2 houses at Pajaro Dunes, lots of flip charts, heated discussions, cooking together, walking on the beach and generally spending time together thinking about our business. It was really fun but, even so, it was intense and, combined with long discussions late into the night about the state of the world accompanied by some excellent wines, pretty tiring for some.

Two of our jokesters memorialized their progressive states of mind as they helped clean up after the meeting. They sent me the photos – the editorial is all mine. 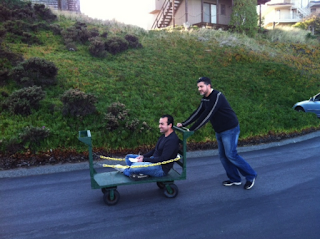 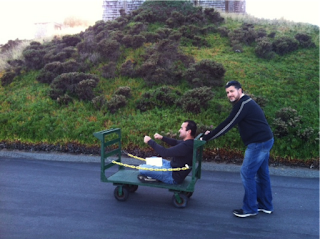 A few hours in and Ryan is already wondering, he’s seen enough of these type of meetings to be healthily cynical, but Nima’s still gung ho. 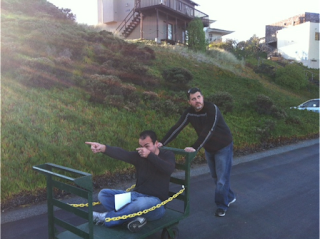 Second day and Ryan’s mind is wandering but Nima’s using caffeine to push through – “There’s the mountain guys let’s go for it!” 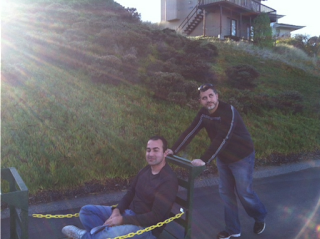 Ryan’s rolling his eyes at Nima’s enthusiasm, just as Nima starts to wind down . 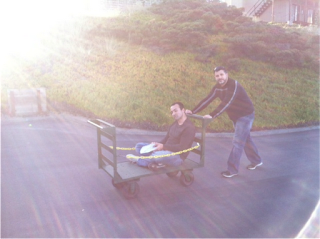 Thanks Nima and Ryan – it was fun – and despite the warm sun and sand, amazingly productive!